In the world there are people who seem quite wise in their words until the time their reasoning is questioned. The same thing happens in the church. Especially in churches dominated by legalism or heresy. Is cross-questioning someone consistent with the Bible? Yes it is.

The one who states his case first seems right, until the other comes and examines him (Proverbs 18:17 ESV)

We don’t question someone for the sake of doing so. It can be that we need to ask questions for clarification on what the person spoke first. Sometimes it can be because we want to stand up for the Gospel.

There’s a thing you can consider before cross-questioning someone who is speaking ill about you or ill about the Christian faith. Let’s read the following Bible verse

If one gives an answer before he hears, it is his folly and shame. (Proverbs 18:13 ESV)

Like I said earlier, you can cross question others for clarification. Its better to ask a question and get your doubts resolved or simply keep it all underneath and waiting to explode into anger later.

Cut back to the present time, that same person insists that praying in tongues is supreme. You can cross question him saying, ‘I’ve heard that the Bible says prayer of the righteous man avails much, so I think you are trying to say praying in tongues is an act of faith, correct?’. To this he may say ‘yes’ and for this you can tell him even other types of praying methods are best as long they are done in faith. If he says ‘no’ then you can tell him that praying in tongues is indeed good but there are times such a marriage service or baptism service where prayers are needed to be said in simple words for sake of uniformity. You may further add that its good that people pray in tongues but it doesn’t mean that we give up our other praying methods.

Jesus himself cross questioned others when they tried to ensare him by his words. Here are few instances:

And they sent to him some of the Pharisees and some of the Herodians, to trap him in his talk. And they came and said to him, “Teacher, we know that you are true and do not care about anyone’s opinion. For you are not swayed by appearances, but truly teach the way of God. Is it lawful to pay taxes to Caesar, or not? Should we pay them, or should we not?” But, knowing their hypocrisy, he said to them, “Why put me to the test? Bring me a denarius and let me look at it.” And they brought one. And he said to them, “Whose likeness and inscription is this?” They said to him, “Caesar’s.” Jesus said to them, “Render to Caesar the things that are Caesar’s, and to God the things that are God’s.” And they marvelled at him. (Mark 12:13-17)

The high priest then questioned Jesus about his disciples and his teaching. Jesus answered him, “I have spoken openly to the world. I have always taught in synagogues and in the temple, where all Jews come together. I have said nothing in secret. Why do you ask me? Ask those who have heard me what I said to them; they know what I said.” When he had said these things, one of the officers standing by struck Jesus with his hand, saying, “Is that how you answer the high priest?” Jesus answered him, “If what I said is wrong, bear witness about the wrong; but if what I said is right, why do you strike me?” Annas then sent him bound to Caiaphas the high priest.  (John 18:19-24 ESV)

Sometimes, it’s not even about matters of religious affairs. Your preacher suggests that a particular place is the best place for a church family picnic. But you have another place in mind which you feel may be more fun. You may ask him like this, ‘If the place is yet to be finalized, then may I suggest another place which might be more fun? I can give you the details on that’.’ 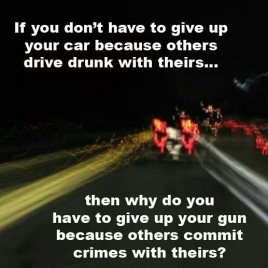 You can even try this in the office as well. Some manager in the office is speaking of ‘smart sizing’ the staff and how it will increase the revenue of the company. You can just ask, ‘does smart sizing mean that some of us are going to get kicked off our jobs?’ and also ‘how increasing the company revenue help those who are going to get fired, will they be given handouts if they are jobless?’. Tough questions indeed. You will need courage to speak up. Some of the questions may be perceived as rude to the management. So you can tweak them in such a way that you can’t be said to be an annoyance. You can ask ‘what are the objectives for the welfare of our fellow employees in light of this ‘smart sizing’?’ or ‘does this mean that the company is running into losses and since when?’. Regardless of the answer by your manager, you bring forth your point of justice and welfare so that they take note that there are people who can think for themselves. Also by asking these questions, even other people who are mentally asleep during such meetings are awoken to the reality of the situation.

In terms of national affairs, I maintain that you have a right to question what the government intends to do with border security, illegal immigrants, nuclear reactors, gun control etc. It’s not going to be possible that every time you have a question you can just dial the President or Prime Minister to get answers. However there are many peaceful ways to get your point across. You can use an online media campaign, handbills, town halls etc. Even approaching the relevant unions or lobby groups will help you. You will need to be clear on your questions and justification for them.

With all this being said, I’d like to remind you that Proverbs 18:17 works both ways. So you too must be ready for any cross-questioning done towards you. Usually this can happen in a family set up, where the spouse asks why such and such thing was said by you. Here the emphasis by you should be to be honest, calm and friendly while trying to clear the air on your actions or words. Even at church or work, you can answer back any questions directed towards you without having to compromise on the truth and avoid all undue anger. Not everyone will like your answer but you must speak what is right in the eyes of God.