← Want a better new year in God?
The wisdom and weapon of silence →

There is a way that seems right to a man, but its end is the way to death (Proverbs 14:12)

The Greeks and Russians have another term for spiritual delusions or spiritual deceptions known as Prelest. ( I made a mention of them as they have a belief that only they teach about dangers of Prelest while people from other nations especially the West avoid this. I take that with a pinch of salt). Various churches and preachers in a good number of countries do speak about the dangers of spiritual delusions though they don’t use the word ‘Prelest’. Here basically Prelest pertains to unawareness of one’s own sinfulness and/or also corruption through falsehood which apparently seems sweet and legit to begin with.

Let me give you a simple example to be aware of what it means to be spiritually deluded. A man who is married, goes regularly to church with his wife. Due to various reasons, they are not happy with their marriage. Then one fine day, he meets another woman to whom he takes fancy to over a period of time. Now up to this point, this would sound like nothing religious, just one man being unfaithful to his wife and obviously heading for divorce. Here’s where the difference, the man ‘prays’ about his marriage and feels he got a ‘revelation’ to divorce his current wife. Because he ‘feels’ led by the ‘Lord’ to marry this new ‘devout’ woman who will help him to be happy. He makes a mention of this to his preacher but somehow the preacher cannot convince him to relent of this stupidity. Then he goes on to commit adultery, gets caught and the marriage is over. Besides, the local church and the preacher where he used to go, are now stuck in a web of shame and controversy over what happened. So in short, he felt something spiritual that seemed nice till hell boiled over.

In the above case, that man didn’t bother about what the wisdom of God says marriage, reconciliation and divorce. All he bothered for was himself and not God’s will. He didn’t bother about purity for himself nor anyone else. So a spirit of deception came to him pretending to be a godly experience of ‘peace’ during his prayers. There’s a Bible verse that comes to mind; And no wonder, for even Satan disguises himself as an angel of light. So it is no surprise if his servants, also, disguise themselves as servants of righteousness. Their end will correspond to their deeds.(2 Corinthians 11:14-15)

Lets also consider the following verses about a large scale spiritual delusion in which people will make mockery of the Second coming of our Lord Jesus Christ:

1 This is now the second letter that I am writing to you, beloved. In both of them I am stirring up your sincere mind by way of reminder, 2 that you should remember the predictions of the holy prophets and the commandment of the Lord and Savior through your apostles, 3 knowing this first of all, that scoffers will come in the last days with scoffing,following their own sinful desires. 4 They will say, “Where is the promise of his coming? For ever since the fathers fell asleep, all things are continuing as they were from the beginning of creation.” 5 For they deliberately overlook this fact, that the heavens existed long ago, and the earth was formed out of water and through water by the word of God, 6 and that by means of these the world that then existed was deluged with water and perished. 7 But by the same word the heavens and earth that now exist are stored up for fire, being kept until the day of judgment and destruction of the ungodly. (2 Peter 3:1-7) 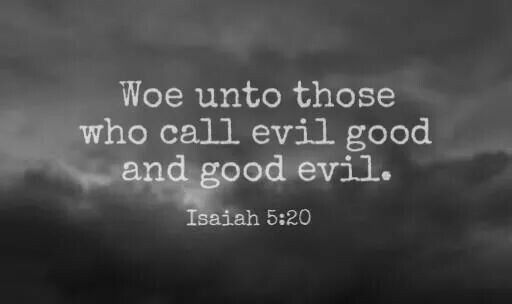 Another situation where a person could be under spiritual deception is about prosperity. Nothing wrong in getting rich by righteous means. However, one must also choose to have the right attitude towards God when working to be prosperous. The Parable of the Rich Fool mentioned below makes it clear to us:

And he told them a parable, saying, “The land of a rich man produced plentifully, and he thought to himself, ‘What shall I do, for I have nowhere to store my crops?’ And he said, ‘I will do this: I will tear down my barns and build larger ones, and there I will store all my grain and my goods. And I will say to my soul, “Soul, you have ample goods laid up for many years; relax, eat, drink, be merry.”’ But God said to him, ‘Fool! This night your soul is required of you, and the things you have prepared, whose will they be?’ So is the one who lays up treasure for himself and is not rich toward God.” (Luke 12:16-20)

A person who in soul revels in vain desires is one most prone to spiritual delusions. Desires usually considered a bait for deception are usually those of greed and pride.

For the wicked boasts of the desires of his soul, and the one greedy for gain curses and renounces the Lord. In the pride of his face the wicked does not seek him; all his thoughts are, “There is no God.” (Psalms 10:3-4)

Another thing that leads to spiritual delusion, is taking pleasure in unrighteousness. Yes, despite various admonishments and clear examples of the downfall of the wicked due to their sins, there are lots of people who still take pleasure in sin. So of these sins include vulgar songs and jokes, racism, financial crimes, sexual perversions, murder etc. Though time and again people have seen the evil consequences of witchcraft, they will still take delight in its so called benefits. In short, there are people who still don’t want to believe the truth of the Gospel. This brings to mind the following verses:

7 For the mystery of lawlessness is already at work. Only he who now restrains it will do so until he is out of the way. 8 And then the lawless one will be revealed, whom the Lord Jesus will kill with the breath of his mouth and bring to nothing by the appearance of his coming. 9 The coming of the lawless one is by the activity of Satan with all power and false signs and wonders,10 and with all wicked deception for those who are perishing, because they refused to love the truth and so be saved. 11 Therefore God sends them a strong delusion, so that they may believe what is false, 12 in order that all may be condemned who did not believe the truth but had pleasure in unrighteousness. (2 Thessalonians 2: 7-12)

So now to summarize you can avoid spiritual delusions by all the following methods:

One more thing before I can conclude this is that you must always depend on the Holy Spirit to keep your heart and mind in the will of God.

← Want a better new year in God?
The wisdom and weapon of silence →