Signs, wonders, miracles, deliverance and healing are for today

Signs, wonders, miracles, deliverance and healing are for today, they have not disappeared, nor have the gifts of the Holy Spirit. 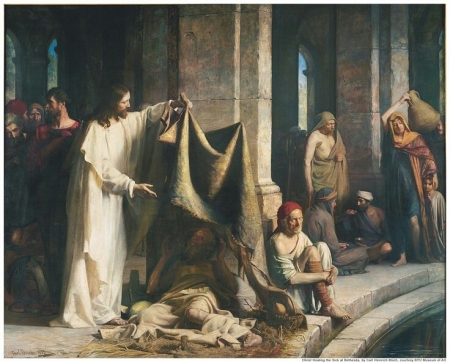 There’s a wrong notion being sent across various Christian circles that signs, wonders, miracles, deliverance and healing were only for the times of the Apostles and the time when Jesus was on earth. They also say that God no longer speaks to people, so they effectively label all visions and prophesy nowadays as falsehood. This is also called as “Cessationism”. Well this thing called Cessationism is not Biblical at all.

One such Cessationist says ‘”there are no New Testament instructions about appointing apostles, prophets, healers, or anything of the kind”. I wish that they had actually read the New Testament completely in the first place before making such an outlandish statement.

Let’s read 1 Corinthians 12:1-10 which shows who is one who gives the ministries of signs, wonders, miracles, deliverance and healing and you’ll realize that he’s none other than the Holy Spirit:

Now concerning spiritual gifts, brothers, I do not want you to be uninformed. 2 You know that when you were pagans you were led astray to mute idols, however you were led. 3 Therefore I want you to understand that no one speaking in the Spirit of God ever says “Jesus is accursed!” and no one can say “Jesus is Lord” except in the Holy Spirit.

To be a Cessationist is to be in danger of offending or at some point even blaspheming the Holy Spirit. And remember the following Bible verse:

Going by the logic of the Cessationist’s miracles do not happen anymore. Somehow, they have not noticed or rather refuse to acknowledge any signs, wonders, miracles, deliverance and healing which happen in the name of Jesus all across the world even TODAY. Why don’t they directly go one on one with preachers who preach deliverance and healing which comes from the Gospel? Why don’t they try to speak to people who were terminally ill and got healed because someone prayed for them in the name of Jesus? The odd answer they will give is that they believe in Cessationism because their religious teachers taught them so and because of this, it must be true. This is not discernment at all.

Now for these people, if a miracle were to happen nowadays in name of Jesus Christ then what would be their reaction? Most probably they will still try to push their man made ‘doctrine’ instead of investigating if that miracle were true.

Why is it that they don’t want people to get healed in the name God? What makes them so adamant against deliverance which includes casting out evil spirits out of suffering people? Why is it that they don’t want to talk about miracles that still happen today at church as valid and true? One reason could be that signs, wonders, miracles, deliverance and healing which happen in the name of Jesus require faith but they prefer to exercise ‘doctrine’ instead of living by faith.

And Jesus said to them, “Go into all the world and proclaim the gospel to the whole creation. 16 Whoever believes and is baptized will be saved, but whoever does not believe will be condemned. 17 And these signs will accompany those who believe: in my name they will cast out demons; they will speak in new tongues; 18 they will pick up serpents with their hands; and if they drink any deadly poison, it will not hurt them; they will lay their hands on the sick, and they will recover.” (Mark 16:15-18)

Now Cessationist‘s misinterpret the following Bible verses and use them to blindly label other Christians as heretics and imposters:

They fail to see that in the verses prior that Jesus warned about false prophets telling to us to recognize them by their fruits. But Cessationist‘s have made up their mind to ignore the words of Jesus and forgo any sort of discerning but  simply label all those who prophesy and cast out demons in the name of Jesus as workers of lawlessness. Somehow they don’t have the time to verify if someone truly works for the Lord or not. They are completely obsessed with tackling teachers of evil that they forget the basic differences between the good and the evil one’s.

I would ask such people who indulge in Cessationism to might as well read the following words by Jesus:

Cessationism decides to cherry pick on the Bible. Whatever verses they want to use to either justify their doctrine is most welcome. The same applies for using Bible verses for falsely accusing other Christians. However, they choose to ignore and even challenge Bible verses such as Mark 16:15-18, 1 Corinthians 12:1-10 etc so that people avoid doing wonders in the name of Jesus.

If you have been taught Cessationism, I would say that read the Bible for yourself plain and simple to understand the facts. But if you still persist on holding on to Cessationism, then why do you pray to God for discernment and safety and still expect God to reply to your problems with favor? Well, for myself I do not believe in Cessationism but believe in Christ the Son of God who still replies to prayers with blessings, healing and power.

First of all, then, I urge that supplications, prayers, intercessions, and thanksgivings be made for all people (1 Timothy 2:1)

12 “Truly, truly, I say to you, whoever believes in me will also do the works that I do; and greater works than these will he do, because I am going to the Father. 13 Whatever you ask in my name, this I will do, that the Father may be glorified in the Son. 14 If you ask me anything in my name, I will do it. (John 14:12-14)

The above words were spoken by Jesus about those who believe (not just the Apostles), that they would do the works (of healing, deliverance etc) like him and would do even more greater that him. This is not about personal exaltation but about glorifying the Lord God in his Son Jesus. Read it again if you must but still there no mention about such things ceasing after the time of the Apostles.