← Do you prefer sermons that touch the heart or delight the ears?
Think wisely → 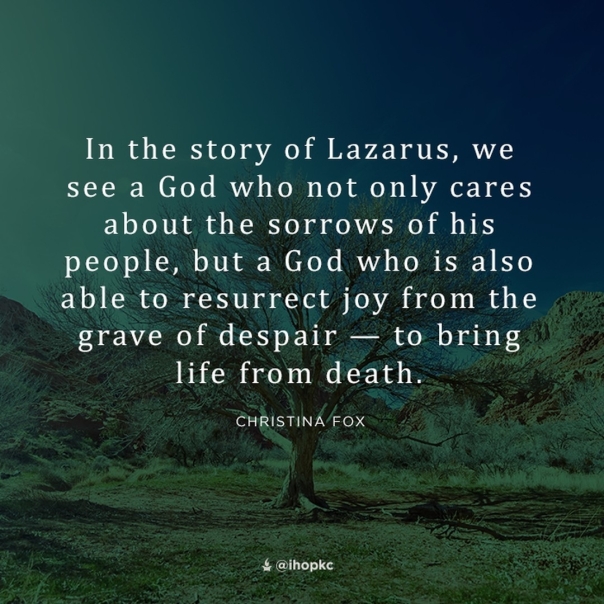 38 Then Jesus, deeply moved again, came to the tomb. It was a cave, and a stone lay against it. 39 Jesus said, “Take away the stone.” Martha, the sister of the dead man, said to him, “Lord, by this time there will be an odor, for he has been dead four days.” 40 Jesus said to her, “Did I not tell you that if you believed you would see the glory of God?” 41 So they took away the stone. And Jesus lifted up his eyes and said, “Father, I thank you that you have heard me. 42 I knew that you always hear me, but I said this on account of the people standing around, that they may believe that you sent me.” 43 When he had said these things, he cried out with a loud voice, “Lazarus, come out.” 44 The man who had died came out, his hands and feet bound with linen strips, and his face wrapped with a cloth. Jesus said to them, “Unbind him, and let him go.” (John 11:38-44)

← Do you prefer sermons that touch the heart or delight the ears?
Think wisely →