Can a person not believe in the resurrection of Jesus Christ and still be saved?

If anyone believes that Jesus Christ exists that person’s faith is still incomplete, if he or she does not believe in the resurrection of Jesus Christ. This will be a great hindrance to that person receiving salvation.

Those who say he was never crucified by citing any reason or religious authority, are not saved either. For the resurrection to happen there would need to be a death. Not any type of death but that by crucifixion. Again, there is no resurrection of Jesus Christ without the crucifixion. Jesus himself spoke of his death and resurrection as mentioned in the below verses:

The crucifixion was foretold in Psalm 22, of which here are the specific verses:

16 For dogs encompass me; a company of evildoers encircles me; they have pierced my hands and feet— 17 I can count all my bones—they stare and gloat over me;18 they divide my garments among them, and for my clothing they cast lots. (Psalm 22:16-18)

This prophecy about Jesus was fulfilled and mention in the Gospel of Matthew (Chapter 19:23-24)

23 When the soldiers had crucified Jesus, they took his garments and divided them into four parts, one part for each soldier; also his tunic. But the tunic was seamless, woven in one piece from top to bottom, 24 so they said to one another, “Let us not tear it, but cast lots for it to see whose it shall be.” This was to fulfill the Scripture which says,“They divided my garments among them, and for my clothing they cast lots.”

The following verses show that one must confess and believe that God raised Jesus from the dead, to receive salvation:

5 For Moses writes about the righteousness that is based on the law, that the person who does the commandments shall live by them. 6 But the righteousness based on faith says, “Do not say in your heart, ‘Who will ascend into heaven?’” (that is, to bring Christ down) 7 “or ‘Who will descend into the abyss?’” (that is, to bring Christ up from the dead). 8 But what does it say? “The word is near you, in your mouth and in your heart” (that is, the word of faith that we proclaim); 9 because, if you confess with your mouth that Jesus is Lord and believe in your heart that God raised him from the dead, you will be saved. 10 For with the heart one believes and is justified, and with the mouth one confesses and is saved. (Romans 10:5-10)

Blessed be the God and Father of our Lord Jesus Christ! According to his great mercy, he has caused us to be born again to a living hope through the resurrection of Jesus Christ from the dead, (1 Peter 1:3)

14 Now after John was arrested, Jesus came into Galilee, proclaiming the gospel of God, 15 and saying, “The time is fulfilled, and the kingdom of God is at hand; repent and believe in the gospel.” (Mark 1:14-15)

Tags: believing in the Gospel, Christ Jesus, Crucifixion of Jesus, finished work of the cross, Gospel of Jesus Christ, prophecy of the crucifixion, Salvation through Jesus, The Cross of Christ, true salvation

The Power of the Cross (song by Stuart Townend)

For the word of the cross is folly to those who are perishing, but to us who are being saved it is the power of God. (1 Corinthians 1:18)

Posted in Praise and worship, Salvation

Tags: finished work of the cross, First Epistle to the Corinthians, Satan defeated on the cross, saved by the cross

I’ve noticed that some people after hearing the preaching in church go on a guilt trip. Trust me, it’s not a pleasant trip at all. You need to get off that trip and instead hold the hand of Jesus and walk with him.

Guilt is associated with legalism while grace is associated with the Gospel. You need grace and not guilt. Now its normal to realize that sin doesn’t make God happy, so you can acknowledge that things did go wrong. What is not right is that once you’ve confessed your sin to the Lord Jesus you keep dwelling in the region of guilt. Because you are now called to live in the region of faith along with Jesus to guide you by the Holy Spirit. 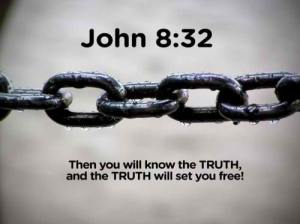 It may have been that you’ve done the worst of the worst crimes such as terrorism or heresy. You are totally aware of the consequences of your bad actions therefore. You know its very difficult to undo the effects of some of the worst crimes. There’s still hope for you. All you need to do give up the burden of your sins and guilt unto Jesus the Son of God and believe that he will and can forgive your sins. Jesus on the cross took upon himself all the sins of the world, therefore by this you can approach him for forgiveness of your sins. Don’t worry for he came not for the righteous but instead for the sinners.

Try to reflect on the following scriptures:-

Let me reiterate, when Jesus shed his blood by dying on the cross he took upon himself all of your sins. Guilt comes due to sin. As your sin is dealt with by the Lord’s finished work on the cross then the power of guilt is taken away. Therefore, you need not carry on with feelings with guilt over your sins. Instead hold the hand of the savior of the world Jesus Christ and be happy in him.