Now Samuel did not yet know the Lord, and the word of the Lord had not yet been revealed to him. And the Lord called Samuel again the third time. And he arose and went to Eli, and said, “Here I am, for you called me.” Then Eli perceived that the Lord was calling the boy. Therefore Eli said to Samuel, “Go, lie down; and if he calls you, you shall say, ‘Speak, Lord, for thy servant hears.’” So Samuel went and lay down in his place.

And the Lord came and stood forth, calling as at other times, “Samuel! Samuel!” And Samuel said, “Speak, for thy servant hears.” Then the Lord said to Samuel, “Behold, I am about to do a thing in Israel, at which the two ears of every one that hears it will tingle. (1 Samuel 3:7-11)

Be humble to enough to ask help of those serving the Lord God, to understand God’s will for you. Never feel to small to still yourself and keep away from the chaos of the world, to hear God’s voice. And when you finally come to know God’s for yourself, do not even hesitate to do it, fair and square. All for the glory of God!

Develop yourself for the Lord

In God’s will work hard and work well,
Don’t be ever under a lazy spell,
For God’s plan to do you are called,
Let nothing therefore get you stalled.

There are those when attempting good works fail,
Because in discipline they don’t set sail.
These depend solely on their power and will,
But don’t ask God to increase their faith and skill.

Grow in the Word of God and in prayer,
And the humble yoke of Christ you bear.
That for the Lord’s will you are well prepared,
Lest in the world’s cares and worries you get ensnared.

Trust God’s plan rather than your pain

Never lean so much on your senses that you don’t focus on God’s will for your life. Pain at times can be real but at times it’s extremely disorienting from the bigger picture of life. So don’t worry about the pain in such a way that you stop trusting God’s plan for your life. Instead ask the Lord God to send his Holy Spirit to lead you to the truth in all things.

Focus on God the giver of true and holy blessings 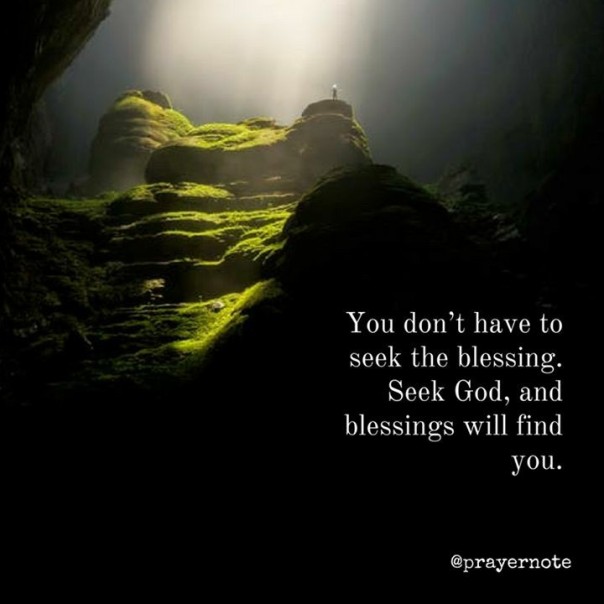 One of the various reasons why people miss out on their blessings from the Lord God is that they are not focused on him. Instead they focus on the blessings they desire. I’m not saying that problems are too small nor that you should ignore fixing them. But rather the focus must be right. Some of the blessings may about healing, recovery from debt, healing of the mind and repairing of broken relationships.  Now as people pray and don’t yet see their blessing manifest, they lose heart. This is because the Devil makes their problem appear bigger than it really is. If your focus is on Christ Jesus the Savior of the world and his kingdom, you got priorities right. And if you got your priorities right you are much closer to your miracle or blessings than without that focus. Otherwise its easy to get overwhelmed by the cares and worries of life and miss your blessings due your lack of focus on the Lord God. 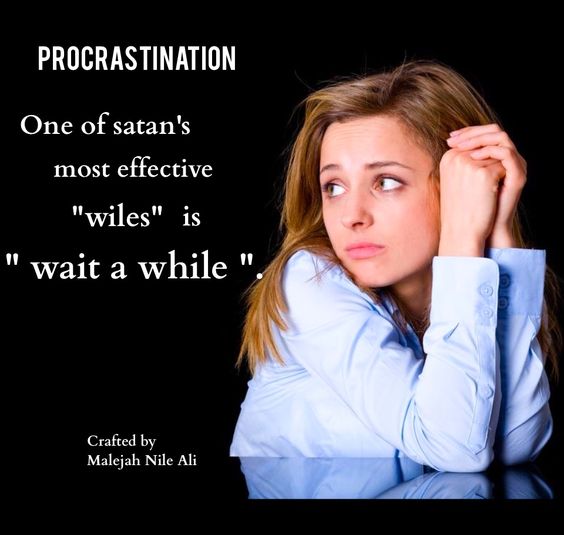 The enabling grace of God

The grace of God can manifest in various forms. One such type is called enabling grace. It’s the grace that enables you do to achieve whatever good work God has called you to do in His holy will.

It is an axiom in theology that whenever a person is chosen by God for any position, he received not only the qualities,  but also the special graces which enable him to fulfill the duties of that state with proper decorum. (This saying is attributed to St Bernadine of Siena)

And God is able to make all grace abound toward you; that you, always having all sufficiency in all things, may abound to every good work (2 Corinthians 9:8)

Though I’ve been aware of the existence of enabling grace in some way or other I didn’t actually start using this term until the past few hours. I’ve experienced the enabling grace of God in many ways. At a certain time of my life, I would get an opportunity to preach to people who would habitually end up in jail for petty crimes or even those who never went to prison but were dangerous. In those days I didn’t know how to deal with people who are extremely violent. I would just ask God to make me the person he wants to be and then I could preach bravely to them.

I’ve ended up ministering to people at sudden situations and placed without any special training for it. Once I myself was in need of prayers and had gone physically weak. However, yet when a diabolically influenced (not possessed) Christian teenage boy approached me for deliverance from his violent rage due to writing Satanic songs, I preached the Gospel and prayed with him for his deliverance. It was not a time that  I expected nor was I mentally ready, yet the enabling grace of God helped me to let this teenager receive his deliverance in the name of Jesus.

The enabling grace of God is not for sin and definitely not for the proud. James 4:6 says that; But he gives more grace. Therefore he says, God resists the proud, but gives grace unto the humble.

I can do all things through Christ who strengthens me. (Philippians 4:13)

Now enabling grace is not so that you open a cocaine business or steal from others. Don’t get me wrong but Jesus does not expect nor give grace to you for bad things in life. It’s given so that you glorify the Lord God. You can do this by helping the afflicted, feeding the poor, praying for the sick etc. It can also apply for doing your studies well, fulfilling your duties in marriage and church, doing good ethical business etc. Basically everything that is good which doesn’t go against the will of God.

The prophet Elijah exercised the enabling grace of God specific to his calling in the Lord God as a prophet who executed judgement on sinners due to lack of repentance. You can refer to Luke 4:25, 1 Kings 17:1 and 1 Kings 18:1 for this.

James 5:17-18 says that; Elijah was a man with a nature like ours, and he prayed earnestly that it would not rain, and it did not rain on the earth for three years and six months. Then he prayed again, and the sky poured rain and the earth produced its fruit.

Now to get the enabling grace of God firstly you need to understand that you can’t earn it. It is given freely to those who believe in God and are open to his holy will. Simply be open to the will of God. Be attentive to the promptings of the Holy Spirit in your life.

I would like to encourage you to desire the enabling grace of God by reminding you of how Peter healed the man lame from birth in the name of Jesus Christ. Let’s read Acts 3:1-10

Now Peter and John went up together into the temple at the hour of prayer, being the ninth hour.  2 And a certain man lame from his mother’s womb was carried, whom they laid daily at the gate of the temple which is called Beautiful, to ask alms of them that entered into the temple;  3 Who seeing Peter and John about to go into the temple asked an alms.  4 And Peter, fastening his eyes upon him with John, said, Look on us.  5 And he gave heed unto them, expecting to receive something of them.  6 Then Peter said, Silver and gold have I none; but such as I have give I thee: In the name of Jesus Christ of Nazareth rise up and walk.  7 And he took him by the right hand, and lifted him up: and immediately his feet and ankle bones received strength.  8 And he leaping up stood, and walked, and entered with them into the temple, walking, and leaping, and praising God.  9 And all the people saw him walking and praising God:  10 And they knew that it was he which sat for alms at the Beautiful gate of the temple: and they were filled with wonder and amazement at that which had happened unto him.

DO NOT yield to every impulse and suggestion but consider things carefully and patiently in the light of God’s will. For very often, sad to say, we are so weak that we believe and speak evil of others rather than good. Perfect men, however, do not readily believe every talebearer, because they know that human frailty is prone to evil and is likely to appear in
speech.

Not to act rashly or to cling obstinately to one’s opinion, not to believe everything people say or to spread abroad the gossip one has heard, is great wisdom. Take counsel with a wise and conscientious man. Seek the advice of your betters in preference to following your own inclinations.

A good life makes a man wise according to God and gives him experience in many things, for the more humble he is and the more subject to God, the wiser and the more at peace he will be in all things.

– The Imitation of Christ by Thomas Kempis

Tags: God's will, humble, prudence, The Imitation of Christ