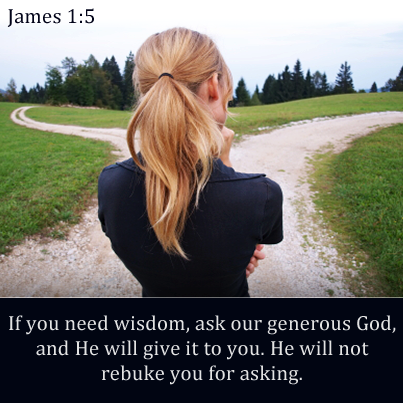 Beware of what you believe in. There is much talk by many theologians and preachers. Some of them are highly presumptuous of what God actually wants of a person. Therefore learn to understand what comes from God and what comes from man.

Let me make it real to you in the context of healing though there are other contexts like marriage, finances etc. I’ve been to many retreats, seminars and oratories wherein there was a ‘healing service’ in which the healing minister of God as I would call them, held the claim that he/she healed a lot of people through prayer. Though I didn’t have need of any healing I wanted to learn from them as to how they are used by God to heal.

I would be amazed to see so many people cured of various ills and diseases. I would go to such places often. Then for certain years I wasn’t able to be part of any such things. Years later I decide to go again to such healing ministers. Suddenly instead of the Welcome-everyone-attitude came the legalistic-attitude. Obviously I no longer go at their doors. They would say bold and harsh statements like:

Mostly these were the same orators whom I heard earlier but then later their behavior changed. They started putting such conditions that even Jesus himself would not put. Now I’ll tackle all of the 3 statements. Here we go:

Going to the context of vocations; Never take up any vocation just based on a person’s opinion that it comes from God. Check this out with God himself in prayer and reading of the scriptures. There are truly blessed men (and women) of God who told me a lot of things on vocation and gave some types of prophecies but I didn’t jump the gun but instead just noted their words in a book and went on with my life. Then I kept checking with God as to which of these came from HIM and how to go to the next step.

Some decisions like the vow-of-celibacy (not getting married) or doing full time ministry (both lay and religious) for the sake of the Gospel are “life changing decisions” and should not be based on the words of man but only if God is willing for it. And for this you need to discern.

The Holy scripture in 1 Thessalonians 5:19 says; Quench not the Spirit.

Obviously we are not to put out the fire of Holy Spirit in any person or place. However we must also take care no one quenches our spirit when its glowing for Christ.

For example, Miss Jane is a devout believer of Christ. She attends church services and volunteers at an orphanage about 8 hours a week. Tim who is jealous of her, foolishly questions her motives saying, “are you doing all this to get noticed by your church community instead of serving God in private?” This seems a legit question except that this question was asked in front of most of the congregation to make her feel guilty. Miss Jane feels embarrassed and laughs it off saying she is doing it for God. However such a foolish question has secretly caused her to feel guilty every time she is at the orphanage. She wonders is she really a good person in the eyes of others. Slowly she has plans to give up on her good works for God.

Miss Jane decides to formalize her exit from volunteering at the orphanage. Here’s where Dr. Henry, the leader at the orphanage hears her whole case on this. He then requests her to not leave but go on a short break of a month to get her mind cleared on this. Now the doctor is not happy about this. So Dr. Henry traces Tim and tells him to stop being a hindrance to the will of God. Tim doesn’t reply politely but ends up using foul language. So then this gets reported all across Jane’s Christian community. It manifests Tim’s true nature of deceitfulness to all. This ends Jane’s guilt and she decides to continue in her good work of helping in the orphanage.

Though the above example, is just a made up example, we can all relate to this in some way. There may be a difference, you don’t always get a Dr Henry type of a guy to fight for you. This is where you must be willing to handle all spirit quenchers yourself before you lose your fire for God.

Spirit quenchers are of many types. Some doubt a new prophecy even before it can stand the test of the word of God. Then we have the naysayers, who deny that anything good will come to you even if others got good things from Jesus. There are sceptical people who behave like functional atheists and say that signs and wonders, healing, miracle’s, praying in tongues have ceased to exist. Also there are people who proclaim every Christian who does good work as a selfish person without even checking facts. These are judgmental hypocrites who themselves won’t help a suffering child in need.

So when faced with such spirit quenchers avoid them. If they keep going on then rebuke them. In the way they question your motives question them back. Don’t assume that your silence is going to always settle things.

If a spirit quencher is a Church goer, you can use the following scriptural principle mentioned in Matthew 18:15-17 which Jesus said, “If your brother sins against you, go and tell him his fault, between you and him alone. If he listens to you, you have gained your brother. But if he does not listen, take one or two others along with you, that every charge may be established by the evidence of two or three witnesses. If he refuses to listen to them, tell it to the church. And if he refuses to listen even to the church, let him be to you as a Gentile and
a tax collector.

Now if you are dealing with a person who is not a Christian then there are different tactics to use. Don’t get taken up by their negative or deceitful opinions about your faith and the works that you are doing for Jesus. You need to concern yourself with the righteousness of Christ. By your confession unto the Lord Jesus you have received His righteousness. Don’t let anyone snub you out of it.

Keep away from them. If they still come to you then reject their lies right in front of them. These have foolish theories about the Christian faith and its principles. Leave them to their logic which in the end will bite them like a snake. They may have foolish questions to trap you and induce unbelief. So, tell them to refer to all Christian apologetics websites which are more than willing to take on their ‘rational’ questions. You may have to be assertive when dealing with them. There is no need for you to say sorry for  ‘offending’ them by you just trusting in Jesus.

If they use vulgar language, just tell them to stop it. Don’t use crude language yourself. You must face them with courage. Tell them “this conversation is going nowhere so it’s not helping anyone if you continue to speak like this”. However if they don’t stop using bad language then report them with due evidence to the relevant authorities. Don’t bother to attempt to win them to Christ if they seem to blaspheme the Holy Spirit for by that sin there’s no chance for them to receive salvation.

With all this being said make sure you don’t get upset by their behavior. Instead thank the Lord Jesus for your salvation. Pray for such spirit quenchers in private before God especially for their conversion. However also pray that you don’t lose your hope in Christ. Always let the fire of Holy Spirit grow more stronger in your heart and mind.

God bless you and Christ be with you. Be guided by the Holy Spirit. Amen.